Dale Gray became Senior Pastor of Rock Church on Easter Sunday in 1995. He earned a bachelors degree in History with a minor in Economics and Business from Centre College of Kentucky and a Ministerial Studies degree from Global University. He is married to his college sweetheart, Darla, and they have four children aged 20-29.  They currently reside in Las Sendas in Mesa,Arizona. Dale is a radical University of Kentucky Wildcat Fan and enjoys doing anything outdoors… fishing, hiking, camping, golf, jeeping, shooting, etc.

Lawrence grew up in Los Angeles and moved to Arizona in 2002. He married Gina, his high school sweetheart, whom he met in youth group. They have 6 kids, a daughter in law and 2 grandkids and have a great passion for children who have been placed in the foster system. Lawrence is an Ordained minister with the Arizona Ministry Network, and left his position as the Royal Ranger Network Commander to serve as Associate Pastor here.  He also serves on the Arizona Network Men’s Ministry team. Lawrence has a passion for people, and he loves doing anything outdoors.

Steve and his family moved to Arizona in 2005. He has been married to his wife, Jill, since 1990 after meeting at a Snow Camp in OR, where they were both youth pastors. They have three children, Ashley, Joel, and Caleb. Steve is an ordained minister. He has served in ministry in children, youth, worship, as well as a senior pastor during his ministry tenure. However, his passion is for reaching children and laying that firm foundation so that they will always follow Jesus for their entire life. He works as a para professional at a local school and you’ll often see him in various positions an evening or two a week at a Harkins theater in the area. He enjoys reading, video games, and watching the Diamondbacks and Arizona Cardinals.

Jill loves Jesus, her family, reading, and coffee (in that order). Her and her husband, Steve, met as youth pastors at a camp in OR and knew immediately from God that they were going to get married. They have three adult children who people will often see involved in ministry with them. She is an ordained minister and graduated summa cum laude from Vanguard University with a BA in Pastoral Ministries. Additionally, she is a full-time public school teacher certified in Music and English. She uses her teaching ministry in many areas in the church as well as oversees the Kids Ministry Teams training and scheduling. She also directs the annual Christmas musical.

Boris joined the Rock Church in 2016 soon after relocating to the US from Africa. He is an accountant by profession and has been married to his beautiful wife Maggie for two years. He currently serves as the Youth Leader and is attending bible school at Arizona School of Ministry. He loves the word of God and is passionate about helping the youth discover their purpose and equipping them with Godly principles to live in our fast paced and ever changing society. Boris enjoys soccer, reading, video games and Starbucks coffee! 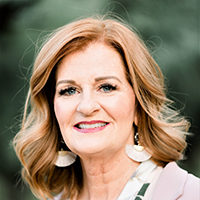 Darla, wife of senior pastor Dale Gray and mother to 4 adult children, is an ordained minister and has served in almost every area of the church in 3 different churches over her lifetime.  She excels in team building and leadership training.  Her passion is seeing others of any age come to Christ, be filled with the Holy Spirit and find a place to serve and grow in the body of Christ.  She enjoys fishing, hiking, and swimming.

Tim married his high school sweetheart at the Rock Church in 1991 and they have been here ever since. In addition to music, he enjoys going to the gym and spending time with his family. He has been the worship leader for several years and has had the opportunity to play with some great people. If you are interested in becoming part of the worship band, he would love to talk to you. Click here to contact Tim.

Paul retired from the US Army in 1992 and also from the Post Office. He currently works for Food for the Hungry. He has been married to Claudia for over 50 years and has 2 children and 3 grandchildren. Paul serves on the Advisory Council. He has helped with the Men’s group and has a deep passion for helping young men get to know who they are in Christ. Paul and Claudia also mentor young couples to help them have healthier marriages. Paul loves playing golf whenever possible.

Noah came to the Rock Church in 2012 right before he graduated from Liberty University with a Bachelor’s degree in Business Management. He married his wife, Allison Lowder, in the fall of 2013. He now serves as treasurer on the church Advisory Council and on the Men’s Ministry team.

Noah is passionate about seeing those in the church equipped for the work each of us has before us. He enjoys working with computers both as work and as a hobby.

David has been married to his wife, Lynn, for over 30 years.  They have two adult children.  David has been involved in ministry over the last 35 years, including Youth, Men, Music & Puppetry. David currently serves on the Advisory Council.  He loves the outdoors.

Jonathan is married to Arlissa and together they have 3 boys. He currently serves on the Advisory Council and  is the leader of the Men’s Ministry.  He also heads up the Security Team and leads the New Believer’s  Class at church.  Jonathan loves the outdoors and is an avid cook!  He enjoys  smoking meats and cooking on the grill.

Leticia is married to Eric and together they have 3 children. Leticia is a stay at home mom.  The Lord brought her family to Rock Church in 2011.  She is currently a Team Leader of our Women’s Ministry and leads book studies twice a month.  She also serves the church by decorating for special occasions, serving in the nursery and participating on the Count Team.  Leticia loves getting together with other women, decorating, crafting and being outdoors.

Arlissa and her husband, Jonathan, have 3 boys. They have been coming to Rock Church since 2011.  She works full time for an orthodontist.  Arlissa is currently a Team Leader of our Women’s Ministry and leads a book study twice a month.   She also serves the church by decorating for special occasions, serving in the nursery and participating on the Prayer Team.

Ned began attending Rock Church in the late 90’s and also met his wife, Yvette, at the church. He believes that a life style of prayer is crucial for the church. Ned and his wife lead a weekly intercessory prayer meeting where they focus on the requests of the Pastor and other leaders by focusing attention on the Holy Spirit to direct prayers through scripture and the prophetic revelation.  Ned also serves the church as a drummer on the worship team.  Contact

Yvette has been a part of the Rock Church family since 1998. She serves her country in the military as well as her church.  She has a passion to teach kids to pray or ‘talk to Jesus’. She and her husband, Ned, currently are the Prayer Ministry Leaders.  Yvette also serves the church by helping in Children’s Church, and by being in the Circle of Friends for Women’s Ministry.  She is the liaison between the church and many parachurch ministries working to provide ministry, clothing and toys.

Stephen is a product of Rock Church first coming to the Rock Church when he was 12 and participating in our children’s and teen ministries. He has been the multimedia coordinator for four years and his goal is to train others.  Stephen loves animals, and enjoys being a part of the Young Adults at church. If you have an interest in serving on the multimedia team, please contact him. He would love to have you join the team.

Marcy has been a part of Rock Church since 1990. She is currently our PLACE Coordinator. She is married to Tim and is a mother of three wonderful children, and a grandmother to one.  She holds credentials with the Assemblies of God and is also a business owner. Her hobbies are exercising, crafting, and DIY projects at home. – Contact

Katie has been living in Arizona for 20+ years and has been at Rock Church just as long.  She moved here from the state of Washington where she grew up. She has been the Rock Church bookkeeper for over 19 years, and enjoys the team she works with here at the Rock Church. Katie has worked with many parachurch ministries and has a passion for those needing a fresh start in life.  She enjoys traveling, hosting guests in her home, cooking and reading.